What You Can Recover From a Florida Wrongful Death Lawsuit

The Basics of a Florida Wrongful Death Lawsuit

Teen Struck by Minivan on 10th Avenue Taken to Hospital

January 4, 2011 – Greenacres, FL – A teenager riding a bicycle on 10th Avenue was struck by a minivan traveling west early in the morning on December 14.

The Palm Beach Post reports that Greenacres police are investigating the details of the crash, which took place around 6:45 a.m. at the intersection of 10th and Fleming avenues. The intersection saw the westbound lanes closed for the investigation but they reopened shortly thereafter.

The teen, whose name has not been released, was transported by air to Delray Medical Center. Details of their condition have also been withheld.

This child bicycle accident marks the

An attorney can help you to determine what led to your outdoor slip and fall accident in Florida. Simply fill out the online form, and Palm Beach injury lawyer Theodore Babbitt will personally review your story to see if you have a claim and put you in touch with the Florida injury attorney best suited to handle your case. Call 1-877-751-8087 to get started today.

After a Slip and Fall Accident in Palm Beach

When an owner fails to keep their premises safe, a victim may experience serious injuries in a slip and fall accident in Florida. Palm Beach injury attorney Theodore Babbitt can guide you in your injury claim. Fill out our online form and Mr. Babbitt will review your case and put you in touch with the Florida injury attorney who is best-suited for your needs. Call 1-877-751-8087.

Overview of Burn Injuries as a Result of a Florida Accident

Severe burn injuries sustained in a Florida accident can lead to shock, infection and death. Palm Beach burn injury lawyer Theodore Babbitt can guide you in your claim. Fill out our online form and Mr. Babbitt will review your case and put you in touch with the burn injury lawyer in Florida best-suited for your needs – 1-877-751-8087. 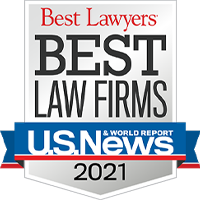